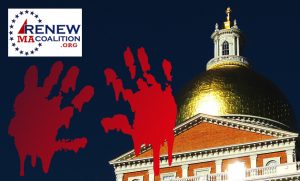 Update: The Conference Committee report, HB 5090, was released last night and may be voted on as early as today, Tuesday, July 26th! It’s the worst of the worst! Send your email today!

The House voted on HB 4930 on Wednesday, June 29, 2022. Here’s the roll call vote. The state Senate voted unanimously in favor of its version. Send your legislator an email immediately to tell them you oppose this legislation!

The legislature is ramming through another abortion expansion act that will turn Massachusetts into the abortion capital of the nation!

Gender-affirming treatments are nothing more that dangerous experimental sex-change therapies such as puberty blockers, hormone therapies, and even sex-change operations to address gender confusion.

The long-term effects of these therapies are unknown and could cause permanent sterilization. That’s why states like Texas consider these treatments as abusive.

HB 5090 also tell the Department of Public Health to establish a “statewide standing order” authorizing pharmacists to dispense “emergency contraception.” The “standing order” would be issued by a physician.

This version of the bill also includes the University Abortion Mill bill which will require public universities and colleges to provide chemical abortions. Taxpayer dollars and tuition and fees will be used to fund abortions!

It also has the appearance that a woman, or even an underaged girl from another state, may be able to get an “emergency contraception,” which is really a chemical abortion, without even seeing a doctor!

Email your legislator immediately to say no to making Massachusetts the abortion and sex-change capitol of the nation!

If you’re not sure who your state legislators are, you can visit the website of the Secretary of State here to find out who they are.