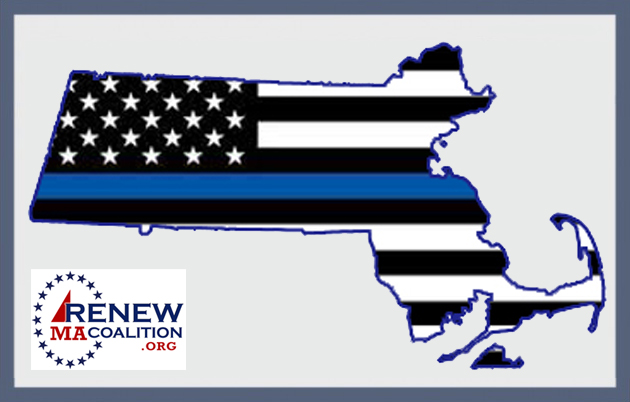 In a rushed process, the radical leftists in the legislature rammed through a Policing Reform bill without a hearing and are now going to vote on it after the elections when they cannot be held accountable for their actions.

SB 2963 is the culmination of a conference committee that hammered out a compromise between the House and Senate versions passed earlier this year.

The fact that a vital piece of legislation that centers around police reform is being rushed through without a hearing is bad enough but, alarmingly, there is a section of the bill that prohibits school officials from reporting to any law enforcement authority whatsoever that a student is a member of a gang!

If a principal, superintendent, or school resource officer discovers that a student is a member of MS-13, they would be prohibited from alerting any law enforcement authority by any means including a verbal conversation.

SB 2963, reads, “School department personnel shall not disclose to a law enforcement officer or agency . . . suspected gang affiliation, unless it is germane to a specific unlawful incident or to a specific prospect of unlawful activity.”

In other words, gangs can go about their business in a school setting potentially recruiting members and secretly planning their crimes without law enforcement even knowing they exist. Only if they already committed a crime, in which case it is too late, or if a planned crime is somehow “let out of the bag,” will law enforcement be notified.

S 2963 also allows complaints to be filed against police if their activities show bias against someone’s immigration status. Under this bill, police will be much more reluctant to act against criminal illegal immigrants just because they are illegal immigrants.

This endangers the public safety and is very close to a Sanctuary State bill.

Please take a few moments to complete the form and send your email today! Thank you!